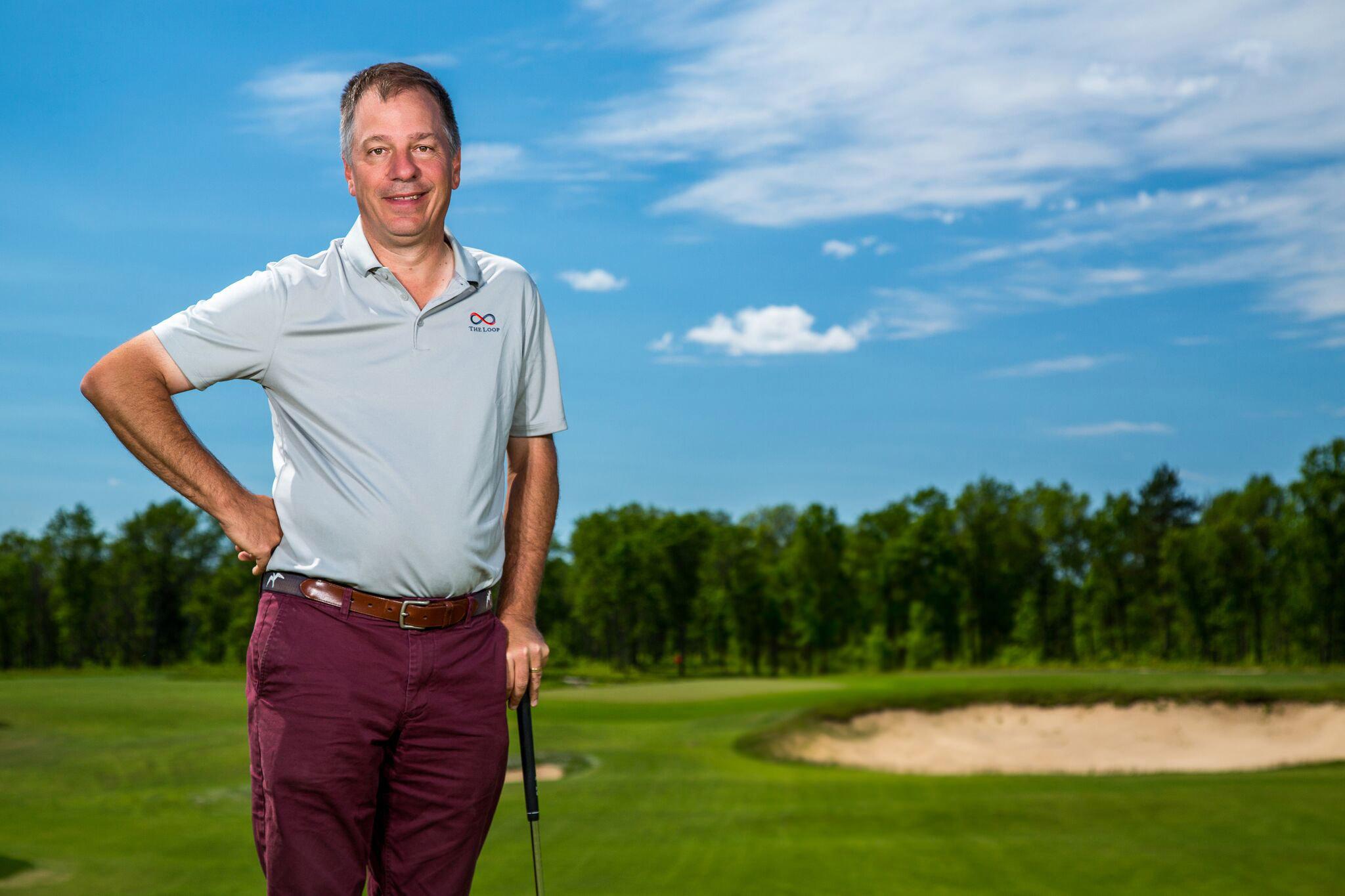 Take a ride back in history on The Loop.

Renowned golf course architect Tom Doak has golfers turned around in northern Michigan...both literally and figuratively. Doak and the team at Renaissance Golf Design have laid out a “reversible" golf course called The Loop.

Golfers playing The Loop head out on the course's Black routing in a clock­wise rotation one day. The next, everyone turns around and plays the Red routing in a counter- clockwise manner.

The Loop, which opened to preview play in June 2016, has 18 greens that are approached from different directions, giving Forest Dunes Golf Club, in Roscommon, two new courses to go along with its Tom Weiskopf-designed flagship course that is ranked among the nation's top 25 public tracks.

Figuratively, the course takes guests back to the simple origins of golf. The oldest and most iconic course in the world, the Old Course at St. Andrews, was originally played in two directions. But memorable holes such as the Road Hole (No. 17) and the par-3 11th were just not the same in the oppo­site direction, and the alternate routing was pushed into extinction based on popular demand.

Like courses built in the early years, Doak moved very little earth for the construction of The Loop. Rather, he used the subtle natural changes in topography to shape the holes while arranging them in a crescent moon-shaped pattern.

The layout of The Loop is wide open, with fescue fairways and no rough. Despite sitting amid state forest land, few trees are in play. While there is no water and only a small amount of formal bunkers, trouble abounds in the form of native areas and wasteland formed by glacial sand deposits.

There are no defined tee boxes, of the kind that modern golfers are accustomed to, because what serves as a tee area one day may be fairway when playing the opposite direction the next day.

Three sets of tees on each hole accommodate players of different ability levels. The tees, merely flat areas to the side of the fairways, are distinguished with wooden markers bearing a brand of The Loop's simple infinity symbol logo.

MORE FOOTSTEPS OF THE PAST

As another throwback to eras past, the course is a "walking only" layout. Guests are permitted to carry their own bags, use a push cart or take a professional caddie. Utilizing a caddie would be a wise move, as their knowledge of the subtleties of each hole will be invaluable. A caddie would be recommended for at least your first round in the other direction as well, as the holes are virtually indistinguishable from the previous day.
"The total experience is a throwback. There are no frills," Forest Dunes head golf professional Elliott Oscar said. 'This type of old school golf experience is hard to find with today's modern resorts and all the amenities that take away from the core golf experience.

"It is refreshing to be on the first tee of No. 1 Black and look out and see several groups with caddies walking on the first few holes."

The genius of The Loop's architecture is that the green complexes have been designed to be approachable from two opposite directions. One of the most intriguing greens serves Red No. 6/Black No. 12.

Red No. 6 is a short par 3 over a small valley of scruffy underbrush to a wide, shallow green built into a hillside. When playing the other routing, the angle of approach to the green is shifted 130 degrees to the left as golfers hit their approach shots for the Black course's 381-yard par-4 12th. Playing this routing, the green is skinny and deep, with run-offs on both the left and right sides.

"I've never played a course where you have so many options around the green," Oscar said. "You can hit a variety of shots and be creative in trying to get the ball close to the hole.
"You really have to think your way around this course. With a course this wide, you usually hit driver, find your ball and hit it again. But because of the green complexes, you may have a huge advantage being on one side or the other with your approach. There is a lot more strategy to think through. It's not a bomb-and-gouge course."

Both directions are par 70, with the Red playing 6,805 yards from the back tees and the Black measuring 6,704 yards.

Not everyone can afford to travel overseas to play the legendary old courses and experience the roots of the game. But now, thanks to The Loop in northern Michigan, you don't need a passport anymore to feel that unmistakable hold of history.

Your “Bucket List” experience at Forest Dunes is purely a golf one. You won’t find a pool or spa here, just 54 memorable golf holes cut through the northern Michigan forest. Some say we are in the middle of nowhere, but that’s what we like about it. You are able to escape and experience small town hospitality in our three different types of lodging accommodations and exquisite restaurant. Guests staying in the lodge sleep just 35 yards from the first tee.

Immaculate conditioning, fast greens and an intriguing layout for players of all ability levels make Forest Dunes one of the nation’s best public tracks. Annually ranked in the top 25 nationally by all the major golf publications, Forest Dunes was designed by accomplished architect Tom Weiskopf. The former British Open champion carved out two distinct nines – the front weaving through the northern Michigan forest, while the back canvases glacier sand deposits and native wasteland.

More about the Forest Dunes Course